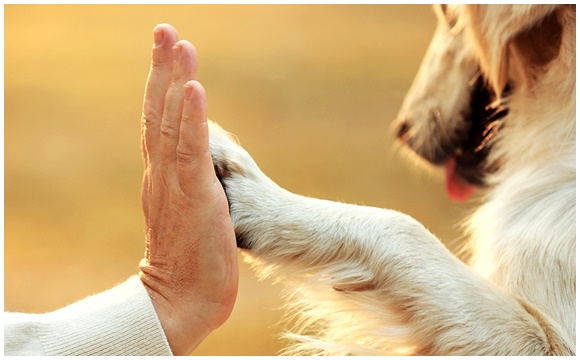 The love of a dog

According to new research, the love of a dog is a much deeper appreciation for the food.

Dr. Gregory Burns (Gregory Berns) is ready to dispel the controversy about dogged loyalty. According to the New York Times, neuroscientists have taken a thorough look at the functions of the brain of dogs to learn more about what dogs really think, and tell Dr. Gregory on the results of his research in his book What it means to be a dog. What was new for him to learn? First, the dog loves a man, not only because it feeds…

Dr. Burns undertook this work after losing his own dog, pug Newton. After Newton’s death, the doctor began to ask himself more and more about what the dog was thinking about him.

In their experiments, Dr. Burns, he sets out to find out if dogs use their brain functions as people.

” We have conducted an experiment in which dogs were given a hot dog, and sometimes simply praised. By comparing their reactions, we saw many dogs respond to praise and food in the same way, “said the doctor.

The study results, Dr. Burns concluded that dogs love their owners, at least as much as food.
Of all the dogs involved in the study, 20% showed increased activity when brain function is used to respond to praise, and this may mean that these dogs love attention from their owners more than the food you give them.

In addition, Dr. Burns, dogs also showed pictures of various objects and people and found that a separate part of the brain was involved in processing faces. This means that initially the brains of dogs were created to process and perceive individuals.

You can buy some treatments for your pets HERE.