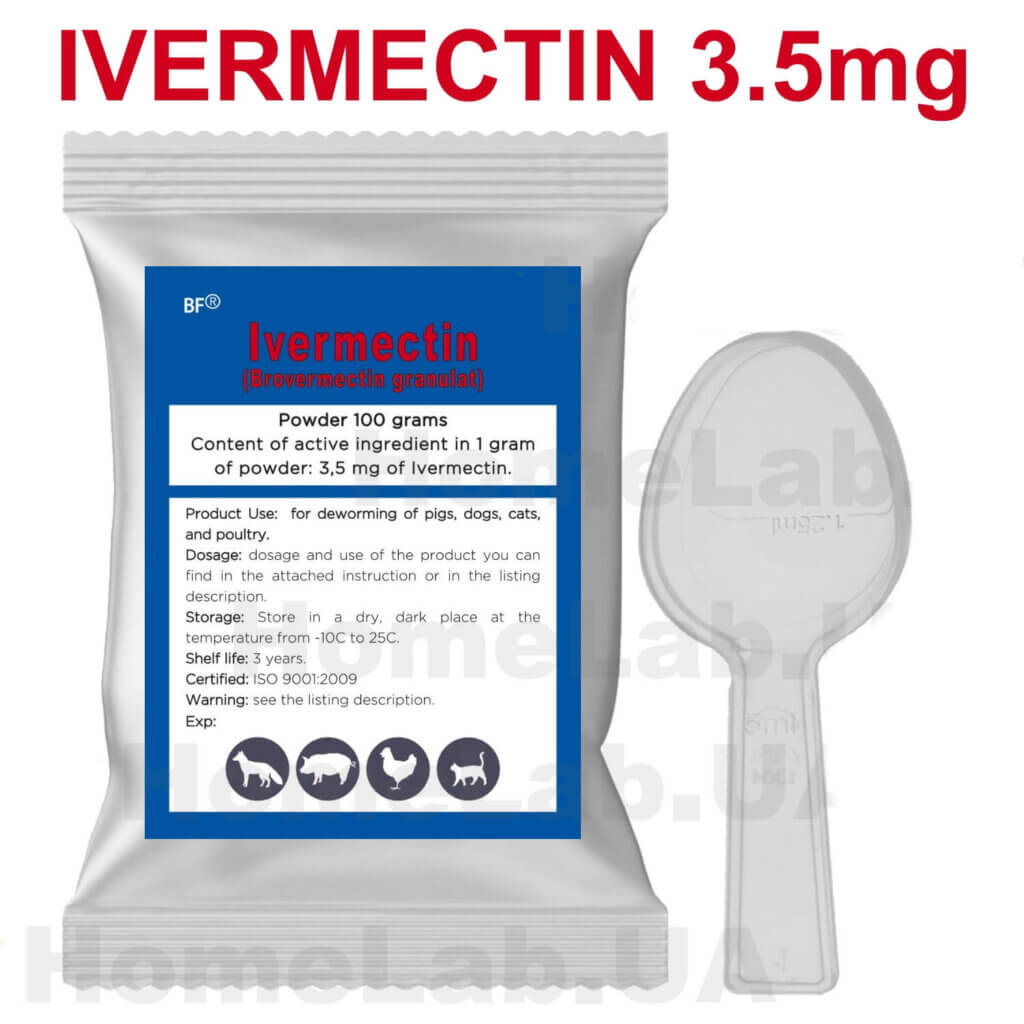 Characteristics of the substance Ivermectin
Refers to avermectins.

Suction. The absorption of ivermectin was assessed in a clinical study involving adult patients with severe papulopustular rosacea, using the maximum tolerated dose. In equilibrium (after 2 weeks of treatment), the highest mean (± standard deviation) plasma concentrations of ivermectin were observed within (10 ± 8) h after application (Cmax – (2.1 ± 1) ng / ml, range – 0 , 7-4 ng / ml), and the highest mean (± standard deviation) AUC0-24 was (36 ± 16) ng · h / ml, range – 14-75 ng · h / ml). Systemic exposure to ivermectin reached a plateau by the end of the second week of treatment under steady state conditions. With longer treatment in phase III studies, the systemic exposure to ivermectin remained the same as after 2 weeks of treatment. Under Css conditions, the levels of systemic exposure of ivermectin (AUC0-24 (36 ± 16) ng · h / ml) were lower than after a single oral intake of 6 mg ivermectin in healthy volunteers (AUC0-24 (134 ± 66) ng · h / ml) …

Metabolism. In in vitro studies using human liver microsomes and recombinant CYP450 enzymes, it has been noted that ivermectin is metabolized primarily by CYP3A4.

In vitro studies have shown that ivermectin does not inhibit the isoenzymes CYP1A2, CYP2A6, CYP2B6, CYP2C8, CYP2C9, CYP2C19, CYP2D6, CYP3A4, CYP4A11 or CYP2E1. Ivermectin does not induce the expression of isoenzymes CYP1A2, CYP2B6, CYP2C9 or CYP3A4) in cultured human hepatocytes. The two main metabolites of ivermectin (3′-O-demethylivermectin and 4a-hydroxyivermectin) were identified in a clinical pharmacokinetic study using the maximum allowable dose of this agent and were studied in phase II clinical trials. Like the parent compound, the metabolites reached equilibrium by the end of the second weeks of treatment, no signs of accumulation were observed in the period up to 12 weeks In addition, the systemic exposure of metabolites (assessed using Cmax and AUC), obtained at steady state, was much lower than for ivermectin after oral administration.

Excretion. The final T1 / 2 averaged 6 days (approximately 145 hours, range 92-238 hours) in patients who applied ivermectin to the skin 1 time per day for 28 days in a clinical pharmacokinetic study using the maximum allowable dose. Excretion from the body depends on the degree of absorption after topical application. The pharmacokinetics of ivermectin have not been studied in patients with impaired liver and kidney function.

Contraindications
Hypersensitivity; pregnancy; period of breastfeeding; age up to 18 years (safety and efficacy for this age category has not been studied).

Restrictions on use
Liver dysfunction.

Application during pregnancy and lactation
Data on the use of ivermectin in pregnant women are limited. Reproductive toxicity studies when taking ivermectin orally have shown that it has teratogenic potential in rats and rabbits, however, due to the low systemic exposure when applied externally at the recommended dosage, the risk of fetotoxicity in humans is low. The use of ivermectin during pregnancy is contraindicated.

Side effects of the substance Ivermectin

The most common adverse reactions, such as burning sensation, skin irritation, itching and dry skin, were noted in less than 1% of patients treated with ivermectin in clinical trials.

Typically, these reactions are mild to moderate and usually diminish with continued therapy.

There were no significant differences in the safety profile among patients aged 18 to 65 years and older.

Interaction
Studies on the interaction of ivermectin with other drugs have not been conducted. Concomitant use with other agents for external and systemic use for the treatment of rosacea has not been studied. Caution should be exercised when used simultaneously with strong inhibitors of CYP3A4, since the concentration of ivermectin in the blood plasma can increase significantly.

Overdose
There have been no reported cases of ivermectin overdose.

Treatment: in case of accidental ingestion, symptomatic therapy is carried out, including parenteral administration of fluids and electrolytes, respiratory support (providing oxygen and, if necessary, mechanical ventilation) and vasopressors (in the presence of a pronounced decrease in blood pressure). To prevent the absorption of ingested ivermectin, provoking vomiting and / or urgent gastric lavage followed by the use of laxatives and other measures to eliminate intoxication may be indicated.

Precautions for the substance Ivermectin
The components of the finished dosage form of ivermectin can cause local skin reactions (eg contact dermatitis), allergic reactions (including delayed-type reactions), skin irritation.

Wash your hands after use.

After drying, you can apply cosmetics. 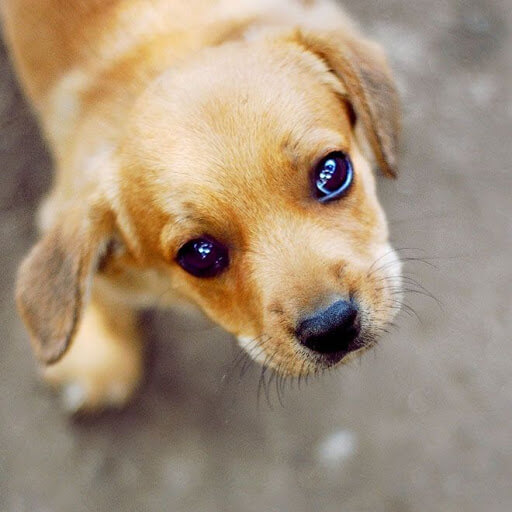 The puppy has watery eyes: what to do?

One of the most “vulnerable” in all plans of organs in the animal’s body is the eyes. Any of their pathologies is fraught with very serious problems, up to complete / partial blindness. Consider a situation when a puppy’s eyes watery: what to do in this case.

The main causes of lacrimation in puppies

However, seeing the puppy’s tears, you do not need to panic right away. It is possible that this phenomenon is caused by completely natural, harmless reasons:

But still more often watery eyes with a variety of diseases. In the case of puppies, this is especially important, since lacrimation is a common symptom of viral pathologies. And they are critically dangerous for kids.

Since a frequent cause of lacrimation is dryness and dustiness of the air, it is necessary to exclude the influence of these negative factors:

With lacrimation of the eyes, it will not hurt to rinse them. Washing will remove contaminants and allergens from the conjunctival cavity (if any). At home, you can use the funds from the assortment of a regular first-aid kit. They are inexpensive and quite effective with timely use:

If the puppy’s eyes began to water suddenly and in the spring, or lacrimation appeared after the baby went outside, it makes sense to suspect an allergic reaction. Of course, it is better to consult a veterinarian right away, but if this is not possible, you can help your puppy yourself:

If within about one and a half hours from the moment the pill was delivered, there are no visible improvements, then lacrimation is probably not caused by allergies. Feeding a puppy with antihistamines is harmful and useless, you need to call a veterinarian

If the puppy’s eyes began to watery during accustoming to a new feed, or during the transition to adult food, we recommend immediately changing the diet. There is no need to immediately rush for special hypoallergenic food. It is enough to first change the brand or manufacturer. If this does not help, we recommend consulting your veterinarian nutritionist and allergist.

It is very likely that chronic, sluggish allergic reactions are a consequence of the presence of parasites in the puppy’s body. They can manifest themselves not only in the form of lacrimation but also in a strange rash on the stomach and groin.
Again, we warn that sudden tearfulness can be a sign of dangerous viral pathologies, and therefore the puppy should be shown to the veterinarian anyway!

There are a lot of different quality medicines at homelabvet.com.

Categories: All about Pets, Medicines for animals. All about effective drugs for animals, Parasites
Tags: dog, puppy, treatment, watery eyes 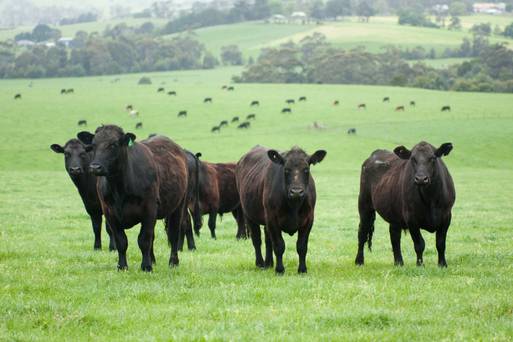 WITH INCREASING FINANCIAL CONSTRAINTS and demands on the farming industry, historical attempts to reduce parasitic burdens have seen an increasing reliance on anthelmintics. These pressures, coupled with the intensification of farming, mean that maximising returns from farm to fork has never been so imperative.

But increasing reliance on anthelmintics has also led to the development of resistance. There is already Group 1 (BZ) resistance widespread on sheep farms, with Group 2 (LEV) and Group 3 (MLs) following. This is primarily due to over-usage of flock anthelmintic treatments, which has been very costly to the sheep industry. Flukicide resistance needs to be addressed – and comprehensive measures put in place – to prevent it following suit. Fasciola hepatica, or liver fluke, is now considered to be endemic in certain areas of the UK, especially in the wetter regions, such as Wales and northwest England.

1. However, there have been widespread reports of fluke infestation. F. hepatica is influenced by climate, with wetter summers and milder winters producing an increased risk year on year due to an increase in survival of the intermediate host, Galba truncatula (mud snail). The adult snail can produce 100,000 eggs in just three to four months.

2. The trematode can multiply up to 500 times within one adult, potentially resulting in an explosive multiplication of fluke. This has led to a rise in reported cases over the last 10 years. Other contributing factors which must not be forgotten include increased livestock movement, intensification of farming, and exponential reports of triclabendazole resistance. It is commonly known within the farming industry that triclabendazole resistance is on the rise; therefore, many experts advise restrictions on its use in cattle, in order to preserve its efficacy in sheep, where it is most needed to treat acute fluke disease.

3. In cattle, the most common manifestation of disease is chronic liver disease, which is caused by the adult stages of liver fluke. To combat this, it is advisable to involve rotation of flukicide actives in strategic anthelmintic herd health plans, prior to the correct risk period. correct quarantine anthelmintic treatments can pose a risk, especially in bought-in stock that can bring with them triclabendazole-resistant fluke. COWS (Control of Worms Sustainably) recommends avoiding triclabendazole for quarantine, but caution must be taken as other products will not kill early immature fluke, and therefore a second treatment will be required to remove residual fluke. SCOPS (Sustainable Control of Parasites in Sheep) advises that treatment with more than one product with active molecules against immature flukes (closantel, nitroxynil, triclabendazole) will reduce the risk of introducing fluke with resistance to any one product.

If you want to have a quality treatment or you need a Triclaben (active ingredient: triclabendazole and albendazole), you can buy it HERE.